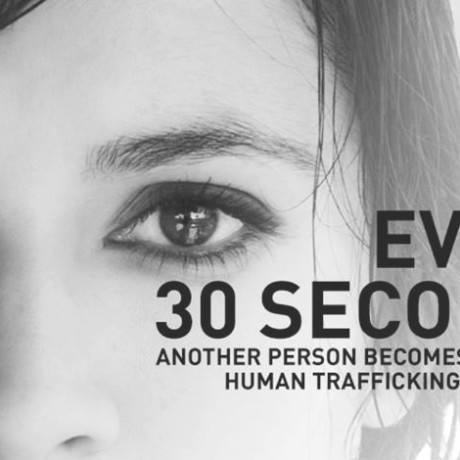 Any girl, at any time, in any place is at risk for human trafficking

Every 30 seconds a new victim falls prey to human trafficking. Shocking, isn’t it?

Human trafficking is a form of slavery. People are being bought and sold around the world, and Canada is no exception. Human trafficking and sexual exploitation is happening right here, right now: in Canada, in Toronto, in our communities, in our neighbourhoods and in our homes.

According to a report from the Canadian Women’s Foundation:

According to the U.S. government, human trafficking has become the fastest growing international crime, with offenders’ gains totaling an incredible $99 billion annually.

Think about it. Click by click, youth are being swept away into this very dark and depraved world. Human trafficking does not discriminate against age, race, religion, socio-economic class or culture.

Girls as young as 12 are engaged in a human trafficking lifestyle. And boys as young as 15 are turning into pimps. In Canada, it’s estimated that the average age of children entering prostitution is 13 to 18. Vulnerable groups include runaways and children living on their own, but children in stable families with access to the Internet can be just as easily seduced.

The City of Toronto now has the highest rate of human trafficking in Canada. On June 10, 2016, over 100 people across the GTA gathered at a town hall to learn, engage and find ways to prevent this growing problem. The Rhema Foundation partnered with Toronto Police Services, 31 Division to bring awareness to this issue. As part of the awareness event, we engaged non-profits and faith-based organizations doing work in this field. We were also privileged to hear about the journey of human trafficking first hand from a survivor.

Victimization powered by the speed of technology, this crime is #justaclickaway, taking place #every30seconds – in many cases in plain sight. Do you know everyone your child is connected with? Is your child safe?