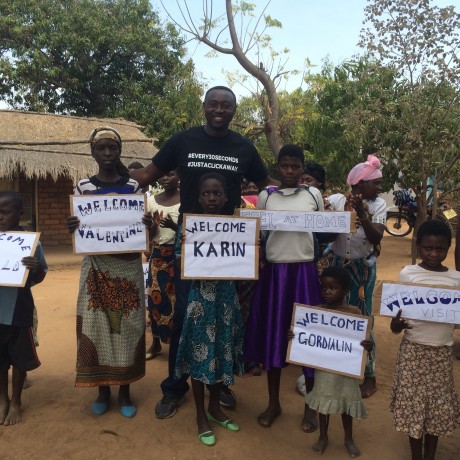 10 Years of Change: Microloans in Malawi

March 2017 marks The Rhema Foundation Canada’s 10th anniversary. In honour of this special occasion, we will be sharing 10 stories highlighting some of our biggest accomplishments and proudest moments from the past decade. These stories will not only showcase the difference that charity can make in the lives of the vulnerable and marginalized, but they will also demonstrate the need for ongoing support. Just like the chapters in a book, The Rhema Foundation’s story continues to unfold with each new initiative that it undertakes.

The first story in our ’10 Years of Change’ series highlights The Rhema Foundation Canada’s 2016 trip to Malawi, which was carried out in association with World Vision.

Malawi is considered to be one of the least developed states in the world, with approximately 40% of the population living below the poverty line. These problems are compounded for those living in rural areas, where smallholder agriculture is the primary source of income. Additionally, there is little access to loans or credit in these rural areas, making it difficult for many Malawians to build business that will improve their livelihood and bolster their community. This situation is particularly pronounced for women, who face additional barriers when it comes to accessing credit. As a result, The Rhema Foundation teamed up with World Vision on its VisionFund initiative to provide microloans to Malawians in need and empower the country’s most eager entrepreneurs.

Microloans are a financial tool that allows those excluded by the traditional banking system to easily access credit and loans. This funding can then be used to start small businesses or invest in existing operations, such as farming. World Vision has set up three channels for providing loans to Malawians, which include Community Banks, Solidarity Groups and Individual Loans. With these loans, entrepreneurs are able to embark on business ventures that can ultimately generate the funds needed to purchase food, send children to school and access healthcare. In other words, microloans are a form of economic empowerment that not only improves the borrower’s standard of living, but also helps to reduce poverty at the community level.

When The Rhema Foundation Canada and World Vision visited Malawi, both organizations observed the VisionFund microloans project in action and how it has already helped to change the lives of people in the community. The change was particularly pronounced for the women who received these microloans and used them to begin making and selling clothing. In turn, the profits have been used to help these women feed their families, send their children to school and access vital medical services. The microloans initiative has also saved these women from resorting to borrowing from money lenders, who often leave families saddled with an exorbitant amount of debt — which only further compounds financial strains.

Overall, The Rhema Foundation Canada helped World Vision in its efforts to distribute 23,500 loans over the course of a year. This funding subsequently helped to create or sustain 11,500 jobs and positively impacted 37,000 children. These figures demonstrate that there is a clear benefit to using microloans to kickstart entrepreneurialism in Malawi and further reinforces The Rhema Foundation Canada’s commitment to addressing inequality on a global scale.